In the midst of the hot weather engulfing the UK this summer we are becoming accustomed to a new volatile weather phenomenon particularly characteristic at night: the electric storm. Formerly, a feature of evenings in balmy climes, we now have our own domestic version of this tempest fit with rain, thunder, lightning and strong winds. Storms are also hitting significant parts of Financial Services as business becomes ever more impacted by disruption and change. New technology, changing customer needs, stricter regulations and disintermediation are among some of the factors whipping up new headwinds that are blowing away profits; ripping up the roots of outdated operating models; soaking up precious capital and knocking down the gates to new and hungry competitors far more adept in dealing with complexity and ambiguity. As a consequence, the anxiety of leaders is understandably high.

As you may guess I like a good analogy in exploring client challenges in order to find deeper understanding of what is really going on. Analogies create pictures, new angles, associations and connections, and unlock unconscious processes. They engage others and inspire their thinking too. In this case, if we are talking about Financial Services with all the associations of hubris, madness, conspiracy, high-stake gaming, collusion etc. there is only one appropriate analogy to use: King Lear. Now, I would like to say I made this connection myself, however, my only schoolboy Shakespeare was Macbeth. In truth, I was steered by a learned colleague towards King Lear as an interesting metaphor for change in Financial Services. My next job was to get acquainted with the play.

Faced with reading King Lear or watching the recently released film, it was a no brainer. Anthony Hopkins in ‘Lear’ on Amazon Prime it was! In case you were now worried that I am about to embark on a dramatic critique of King Lear, you needn’t worry I have neither the wit nor the will. I will though outline how I was able to understand my client challenge a little better by dissecting what was going on in King Lear and then drawing parallels. The storm metaphor is highly symbolic in the play and seems highly appropriate to the volatile conditions impacting Financial Services – “This cold night will turn us all to fools and madmen”.

I found a number of dramatic ideas within the play particularly interesting.  Firstly, groups (in this case the King’s court and the associated royal family) hide the madness of their behaviour under the guise of etiquette, status and saying what is wanted to be heard. Doing what is ought blinds the players to inexcusable acts, creates paranoia and forms a self-perpetuating dynamic underpinned by collusion. This ‘folie à deux’ within the play is contagious, toxic and pervasive. However, on the surface, order and convention are perfectly proper. “Tis the times’ plague, when madmen lead the blind”.

The second idea is who speaks truth to this system. Who calls this madness out? Interestingly, this concept is played out from the opening scenes by the ‘Fool’ – the king’s aide who is able to see the nonsense for what it is, but whose advice is ignored. “In jest, there is truth”. Unfortunately, wisdom is conveniently thrown away as the utterances of someone not deemed to be serious. The “Fool”, somewhat like Jiminy Cricket to Pinocchio, is a conscience too painful or inconvenient to pay attention to. He says to Lear “Thou shouldst not have been old till thou hadst been wise”. Other dissenters are banished too. Holding the mirror up to this system is simply not welcome. External feedback is cut off.

Next, let’s look at the system or game at play – “this great stage of fools”. The court of King Lear is not capable of awareness either of themselves or of others. It is blind. It is non-adaptive, brittle and with little capacity to learn. It cannot deal with disorder and shocks. In the play the stressor to the system comes early with the decision by his youngest (and favourite) daughter Cordelia who chooses not to play the political game and exiles herself from her father rather than collude in the insanity. The shock is compounded later when Lear is cast out by his other daughters. This leads Lear to a breakdown and descent into chaos (both at a personal level and national level as the country deals with the storm clouds of war). Therefore, the madness grows as the system breaks apart and the actions of the players in the game become cruel and erratic.

However, with chaos real insights start to emerge. The Earl of Gloucester now missing his eyes (“Out, vild jelly!”), is able to see the folly of his paranoia. The symbolic plot device of having no eyes but can now see. King Lear who has fallen into homeless insanity can now appreciate the blighted country he has created and the irrationality of his actions. It is ‘as if’ the collective blindness has been lifted and we can finally see what is really going on. Through breakdown there is breakthrough. Unfortunately, this is where the tragic component of the play comes in. The insights come too late; the body count starts to rise as the system self-destructs. However, through death, life emerges with a new King. Renewal!

Overall, it seems to me that King Lear is avoiding something… is it death? This system appears to be trying to avoid the reality of its own conclusion and by doing so, unhealthily prolongs and exacerbates its descent into chaos, madness and war. Survival anxiety is very high as King Lear battles his mortality and legacy. He fails to see until too late the role he could have played in the leadership transition required by his country and his bloodline. His character and those of his court fail; he colludes in his own demise and absents his crucial responsibility in stewarding the transition from old to new.  It took until the last few lines in the play to properly describe how one conducts such a change. “The weight of this sad time we must obey; Speak what we feel, not what we ought to say”

So, let us return to the start and examine how the story of King Lear relates to the challenges being faced by Financial Services. The analogy process was a creative and insightful thought experiment and opened up a number of intriguing ideas. My conclusion is that survival anxiety underpins both systems; in particular, the relationship of leadership to change. I have first-hand experience of working with leadership teams that cannot face up to the fact that times are changing and that business models that used to work cannot compete in today’s volatile new world. Avoidance, denial, deflection and inertia are common symptoms. King Lear may offer a prescient quality that can provide a wakeup call. Fundamentally, it is the systemic failure to adapt that led to the catastrophic demise in the play. Blame cannot be scapegoated onto a loose cannon king or loan trader; this is a systemic challenge. “Madness is rare in individuals—but in groups, parties, nations and ages it is the rule.” Nietzsche. Financial Services beware. There also seems to me an awkward question that remains with regards death, birth and renewal. Perhaps, we fight too hard to protect what we love and by not letting go we risk the future. I will leave you with that thought… there is much to digest in using powerful analogies. So, as we cope with the humid summer with all its storms and sporadic flooding, I will close with the words of the character who I felt most affection for: the “Fool”. After all – “Jesters do oft prove prophets”. 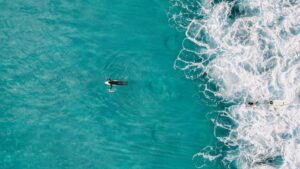 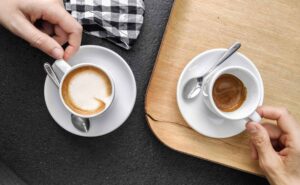